The Cataraqui Region Conservation Authority is participating in the Trumpeter Swan Restoration Program at Mac Johnson Wildlife Area. The goal of this program is to bring back Trumpeter Swans as a self-sustaining species in their former range. The CRCA began participating in this program in 1999, when we acquired a breeding pair of swans. The habitat and facilities at Mac Johnson Wildlife Area are ideal for these magnificent birds.

In 1999, our breeding pair of swans, Milli and Mac, were introduced to Mac Johnson Wildlife Area. In the spring of 2000, an additional 11 swans were released. These swans were bred in captivity. We hope that, over time, they will become accustomed to the natural environment and help to re-establish Trumpeter Swans in the Brockville area.

Our breeding pair produced a number of cygnets over the years. In addition, a number of other swans have frequented Mac Johnson Wildlife Area and have been observed in the Brockville area.

At the present time we do not have a captive breeding pair at Mac Johnson Wildlife Area. However swans continue to be a presence at the Wildlife Area.

About the Swan Compound at Mac Johnson Wildlife Area

The compound includes a nesting raft, dock feeding system and an ice-away device to keep the water open during the winter. Trumpeter Swans are very hardy and can survive the cold if they have food and access to open water. During the winter months, CRCA staff feed the swans a mixture of whole corn and duck feed, supplemented with donated vegetables from local grocery stores.

Donate to the Trumpeter Swan Program

You can help the Trumpeter Swan Restoration Program by donating feed or donating to the program through Canada Helps.

To donate food: We deal with Ritchie’s Feed & Seed in Brockville 613-341-9343. You can submit donations directly to them, 40 kg bags of whole corn at $20 per bag (prices change frequently).
Monetary Donation: Click on the “Donate Now” button below to donate online via Canada Helps. Canada Helps will issue a receipt for your donation.

Donations are always welcome. Listed below are our ongoing costs:

Income tax receipts will be issued for donations greater than $10.00. The CRCA is a registered charitable organization (Charitable Registration Number: 10687 9158 RR0001) 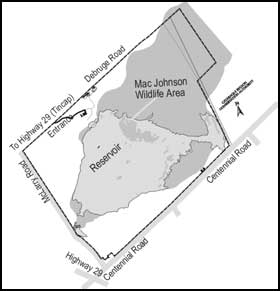 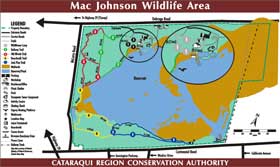